John Dane III, Ph.D is Senior Managing Director of TECHNE and a member of the TECHNE, LLC Board of Directors. He advised TECHNE on corporate strategy, finance, and construction and operational logistics.

Dr. Dane is president and CEO of Trinity Offshore, LLC. Trinity Offshore, based in Gulfport, MS has two (2) Shipyards in operation building Offshore Supply vessels, patrol craft, tug boats, oil skimmers and inland oil tank barges. Additionally Mr. Dane is President and CEO of Trinity Yachts, LLC, which is one of the world's leading builders of mega-yachts ranging from 72 feet to 310 feet. Both Trinity companies share the two (2) manufacturing facilities with 800 employees. Dr. Dane and his company have extensive experience in designing, constructing and marketing large ocean going ships to clients in the Middle East.

Dr. Dane along with partners acquired Trinity Yachts in 2000 after he retired as Vice Chairman and president and chief operating officer of Friede Goidman Halter Inc. (NYSE: FGH) and later in 2010 they opened the Trinity Offshore Division.

Friede Goldman Halter at the time was a World leader in the design and manufacture of equipment for the maritime and offshore energy industries with over 10,000 employees and 22 Shipyards.

Dr. Dane began his career with Halter in 1974 as a program manager, and in 1980 with partners formed his own shipyard, Moss Point Marine. Trinity Industries, which purchased Halter Marine in 1983, later purchased the Moss Point Marine yard in 1987, and Mr. Dane was named president of Trinity Marine Group. Mr. Dane grew the company to twenty two (22) Shipyards and then spun eleven (11) of the shipyards which focused on "Blue Water" products off from Trinity Industries as a new public company, Halter Marine Group, LLC. (AMEX:Hi_X) in September 1996.

In addition to Trinity Offshore and Trinity Yachts, Dane is also currently the majority owner of Gulfport, MS-based United States Marine, Inc. which builds high tech patrol boats FROM 26 Feet to 90 Feet for the U.S. Navy and other navies around the world. USMI currently employs over 200 employees building patrol craft
in both Gulfport, MS and New Orleans, La.

Mr. Dane is a member of the Navy League and member of the Society of Naval Architects, an active member of the World President‘s Organization and a member of the Advisory Counsel of the American Bureau of Shipping. He recently retired from the Federal Reserve Bank of Atlanta, the Tulane University‘s Presidents' Counsel, the advisory board to the Tulane School of Engineering and as a member of the Ocean Research Advisory Panel for the National Oceanographic Partnership Program. He is a member ofthe Board of Directors for the Olympic Sailing Association of New Orleans, and has been Commodore of the Pass Christian Yacht Club.

Mr. Dane was Selected as the Propeller Club-Port of New Orleans' “Maritime Man of the Year“ for 1998 and
the Tulane University Engineering School's “Outstanding Alumni of the Year" for 2004.

Mr. Dane holds a B.S. and Ph.D. in Civil Engineering from Tulane University in New Orleans, Where he was a three-time All-American Sailor, Intercollegiate Sailor of the Year in 1968 and was inducted into the Tulane Athletic Hall of Fame. Mr. Dane has also won numerous National and International sailing championships and recently represented the United States in the 2008 China Olympic Games in the Star class sailboat.

Mr. Dane is married to Leslie Weatherly and they have seven children and three grandchildren. 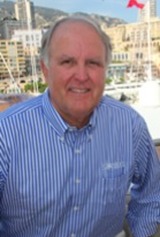