Jonathan S. Lane AIA is Vice Chairman and Senior Director of TECHNE, LLC. Mr. Lane is an internationally noted Architect, Urban Designer, and Planner. He holds a Bachelor in Architecture from MIT 1965, and a Masters of Architecture and Masters of City Planning from the University of Pennsylvania 1969. Mr. Lane is a registered architect and/or planner in multiple states.

Mr. Lane has served as principal for several well known professional firms, including David A Crane and Partners/DACP where he was a Principal and Boston Office Manager from 1969-1978. He was a founder and President of Lane, Frenchman and Associates (1979–1996) and founder and President of ICON architecture, inc. (1996–2007). He continues to serve as Consulting Principal to the firm.

Most recently these have included major assignments in Morocco and Jordan. Projects in Aqaba, Jordan have included a concept plan for the redevelopment of the existing port, plans for two housing villages for 50,000 total residents, master plan for Aqaba University of Technology, and master plan for Mansion Heights land development. The plan for Aqaba’s port was instrumental in achieving a $500 million cash land sale that reduced the national debt of Jordan. Mr. Lane has also provided architectural services to public and private development entities including: a new 440-unit housing development in North Amman for a private developer and a development plan for a 180,000 m2 mixed-use development on a 10 hectare urban parcel in Aqaba for the national Social Security entity of Jordan.

Mr. Lane’s work in Morocco includes the master plan for Casa Greentown including 2,500 units outside Casablanca and a plan for 650-hectare development at edge of Rabat region. He was the designer for the master plan for the Universite Libre in Kisangani, Congo.

He has undertaken resource and heritage preservation and tourism projects in the Middle East including serving as the Strategic Advisor for a 2008 Land Use Plan for the northern shore of the Dead Sea funded by USAID. He was the lead planner for a Comprehensive Plan for the city and region of Luxor, Egypt, including protection and enhancement of World Heritage resources on the East and West Banks of the Nile.

Mr. Lane has provided consulting services for private firms and NGO’s including: the International Marketing Directory and Training Needs Analysis for Architects and Engineers Business Council of Jordan through a USAID-sponsored Economic Development Program; Urban Design consultant and advisor to South Africa’s largest non-profit housing company for a 1,000 unit-mixed income affordable housing project in Johannesburg; planning and design advisor for an ethnological museum in Hue, Vietnam, and; advisor to Amman planning and design firms for master planning competitions.

Mr. Lane also has extensive US planning and design experience including urban and regional heritage preservation and tourism development projects to create National Heritage Areas and National Parks. He has led projects for regional and local heritage entities in over a dozen states, including Massachusetts, New York, Pennsylvania, Michigan, Ohio, Georgia, South Carolina, West Virginia, Virginia, Missouri, and Kansas. Mr. Lane has developed Management Plans and site-specific preservation and design projects for the U.S. National Park Service including projects across the Northeastern U.S., including over 60 work orders over multiple year contracts, including a fully implemented plan for rehabilitation and improvement to Gettysburg National Military Park, the most iconic Civil War battlefield.

Mr. Lane has led assignments in planning and urban design for downtown, neighborhood, and mixed-use development projects for public and private clients in the Northeastern and Mid-Atlantic States. including award winning plans in Rochester (NY), Scranton (PA), Augusta (GA), North Augusta (SC), and other locations.

He also created master plans and rehabilitation strategies for new and rehabilitated affordable, mixed-income, and public housing, including national needs studies and strategic initiatives. He was the urban design director for landmark regional transportation planning initiatives in Boston and Philadelphia followed by research on environmental effects of major facility construction.

Mr. Lane was an Associate Professor of Planning and Urban Design at Harvard University Graduate School of Design from 1979–1988. He is the recipient of over twenty national, regional, and local awards for excellence in planning and urban design and has authored or co-authored of many professional publications. 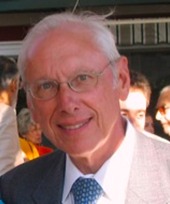